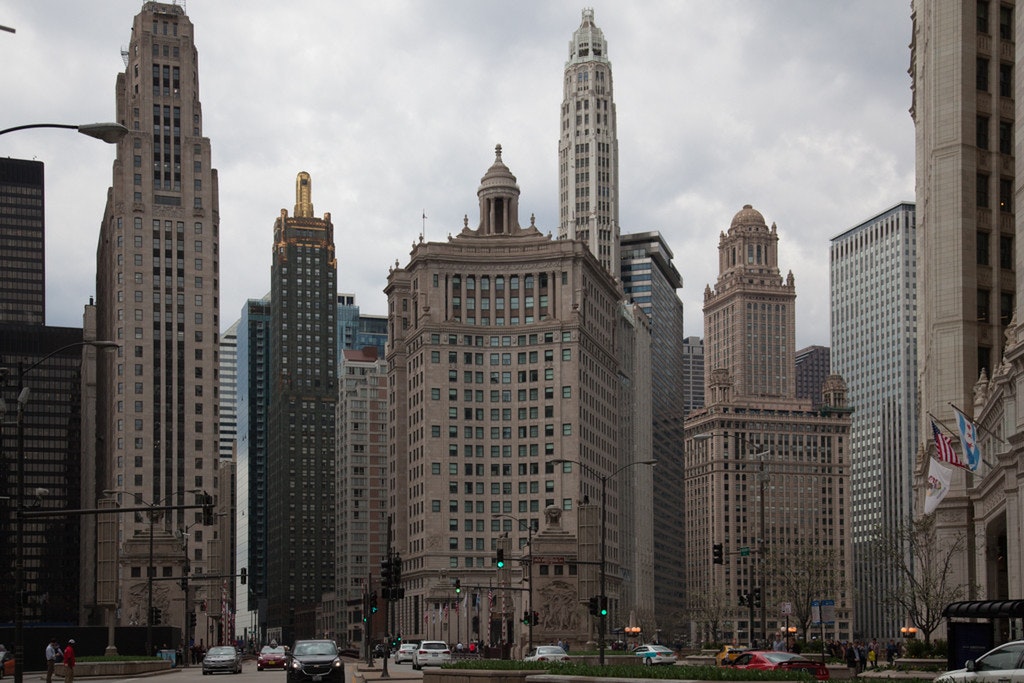 Chicago is well known for three things; AlCapone, the Blues, and the city's architecture. Although the bad old days of the gangster era have gone the Blues is still played in famous clubs such as House of Blues, Kingston Mines and B.L.U.E.S and the architecture continues to soar into the sky. The place has a long and fascinating history but it was the music and the architecture that inspired me to visit earlier this year.

As a part time musician and singer the blues has influenced my musical life and I was thrilled to be invited to get up out of the audience to play at the House Of Blues by one of the all time great Chicago bluesmen, Linsey Alexander and his band. What a thrill! Bucket list item ticked off.

Of course, on that list, was to get amongst Chicago's spectacular architecture and urban spaces. Another tick.

The place is HUGE ! Like Melbourne on heat....although Melbourne has Port Phillip Bay, Chicago has Lake Michigan, the second largest fresh water lake on the planet and the only one of the Great Lakes entirely within the USA. 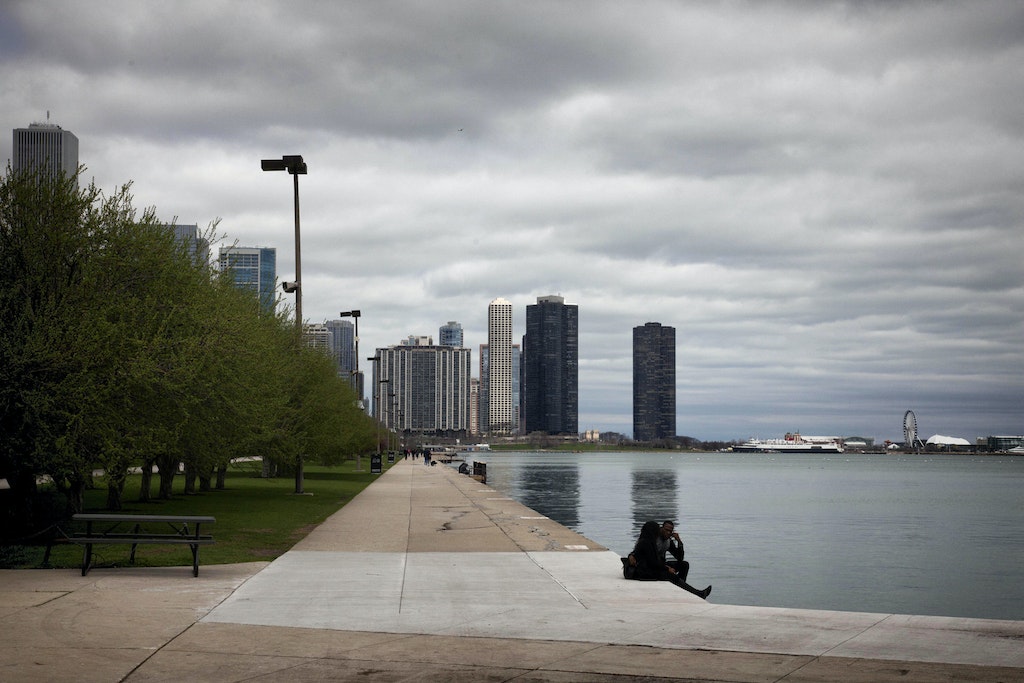 The term 'skyscraper' originated in the United States to describe the tall buildings that were emerging as an architectural style in the latter part of the 19th Century but the first steel-frame skyscraper was the Home Insurance Building (originally 10 stories with a height of 42 m or 138 ft) in Chicago, Illinois in 1885. Encyclopaedia Brittanica expands on the description.

The tallest building in Chicago is the Willis Tower formerly Sears Tower ( 1974 ). It stands at 442.1 m ( not including the antennae which are often added too the height stats.... a case of "my tower is bigger than your tower" amongst the developer fraternity ! ). A distant second is Trump Tower and International Hotel which is a mere 356.9 m. The phallic symbolism is obvious in the design...

Willis Tower from the south branch of the Chicago River 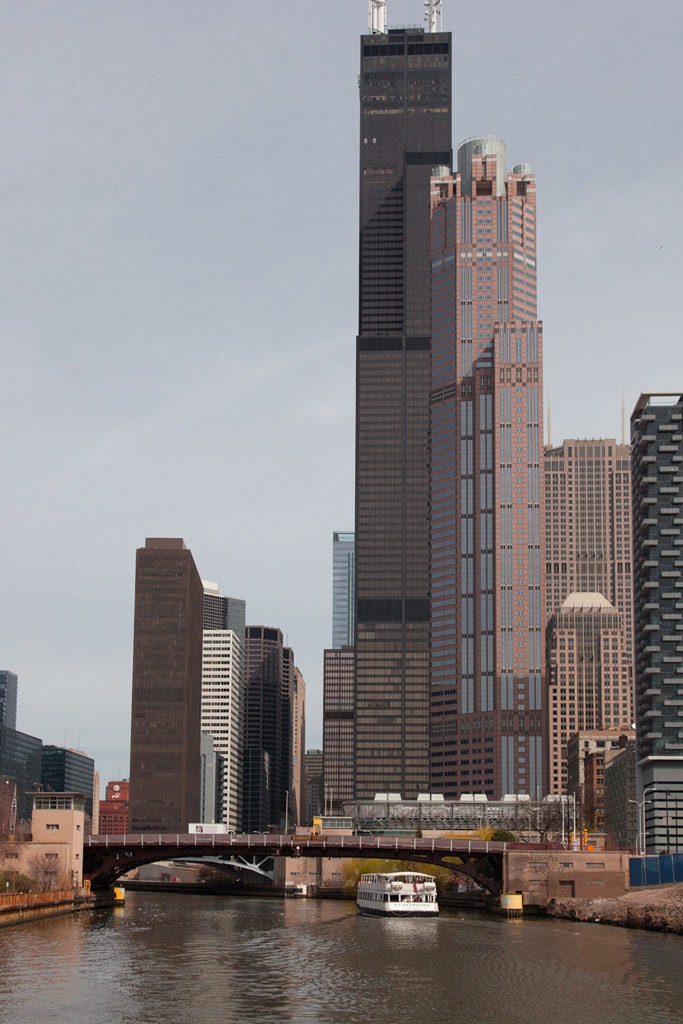 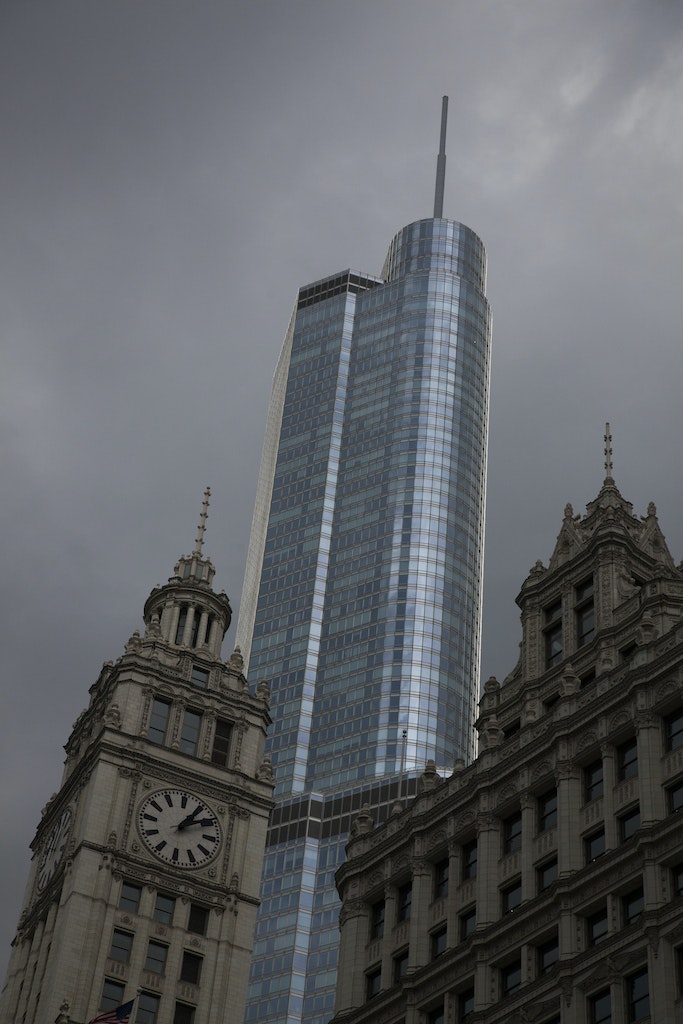 A proliferation of new buildings and superb architecture are emblematic of large, modern cities and Chicago is no exception, but the city attracts visitors from all over the world to a great extent because of the interest in it's older architecture. Buildings such as the Tribune Tower ( 1925).

As described by Chicago Info,

Inspired by the Button Tower of the cathedral at Rouen, France, the Tribune Tower exemplifies the way American architects have elevated office buildings to sacred status. Newspaper publisher Colonel Robert R. McCormick held a $50,000.00 international competition to design, "the most beautiful and eye-catching office building in the world." In some estimations, it succeeded. The tower has all of the traditional elements of a skyscraper plus heritage expressed in flying buttresses, spires, grotesques, and more. The base of the Tribune Tower contains 120 stones from important locations all around the world, including the Parthenon, in Greece; the pyramids, in Egypt; the Taj Mahal, in India; the Alamo, in San Antonio; the Great Wall of China; and Injun Joe Cave in Missouri.

Chicago Board of Trade building 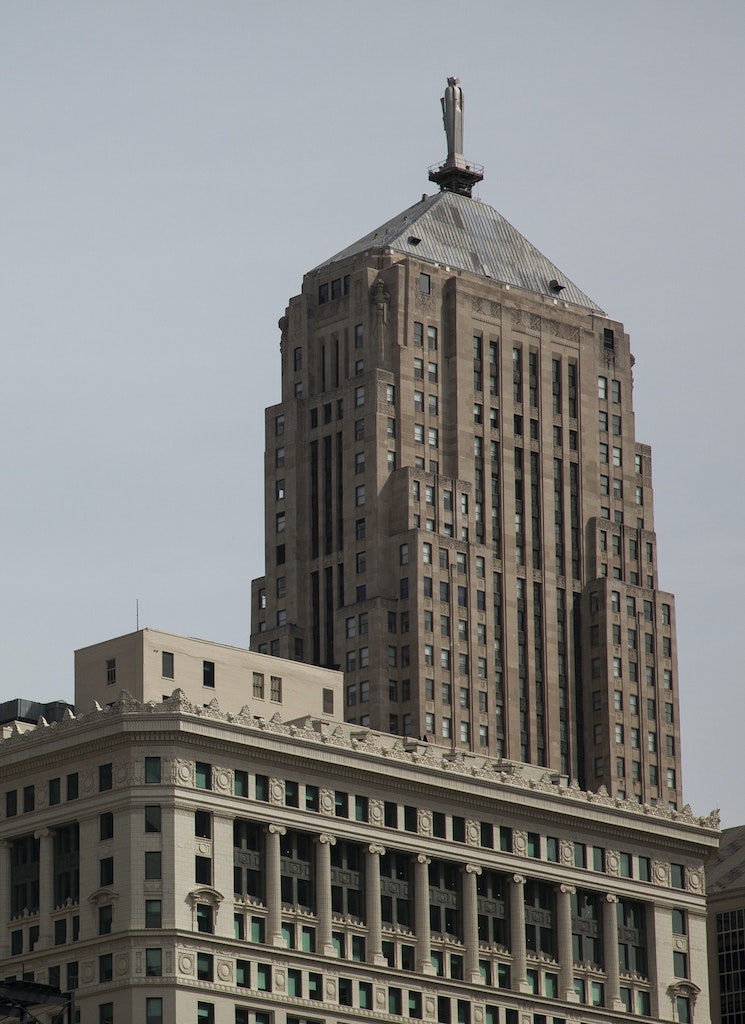 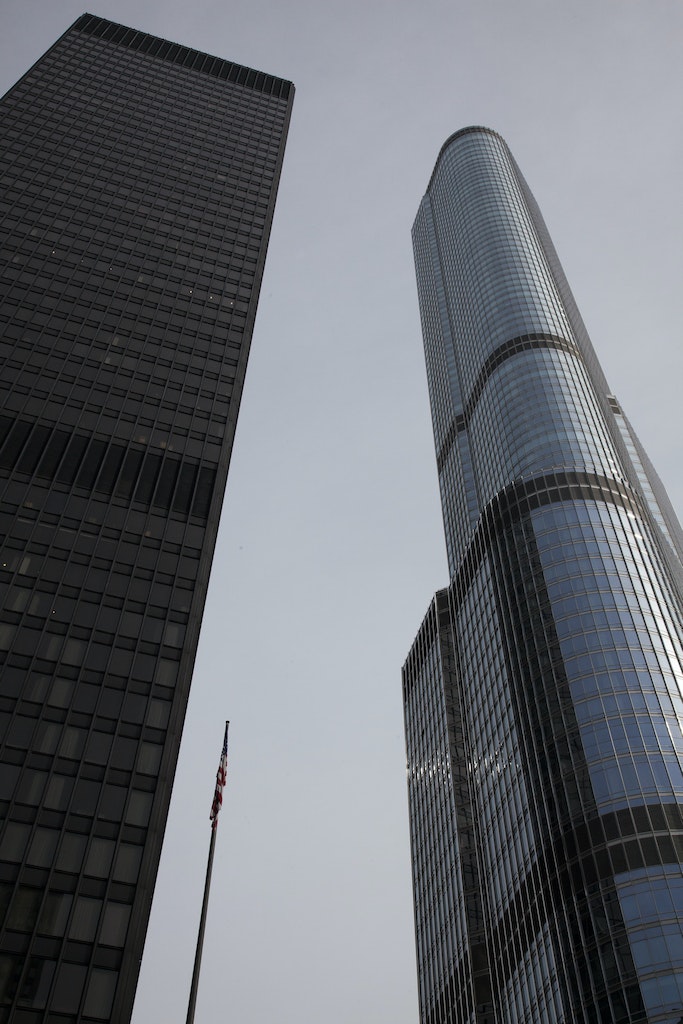 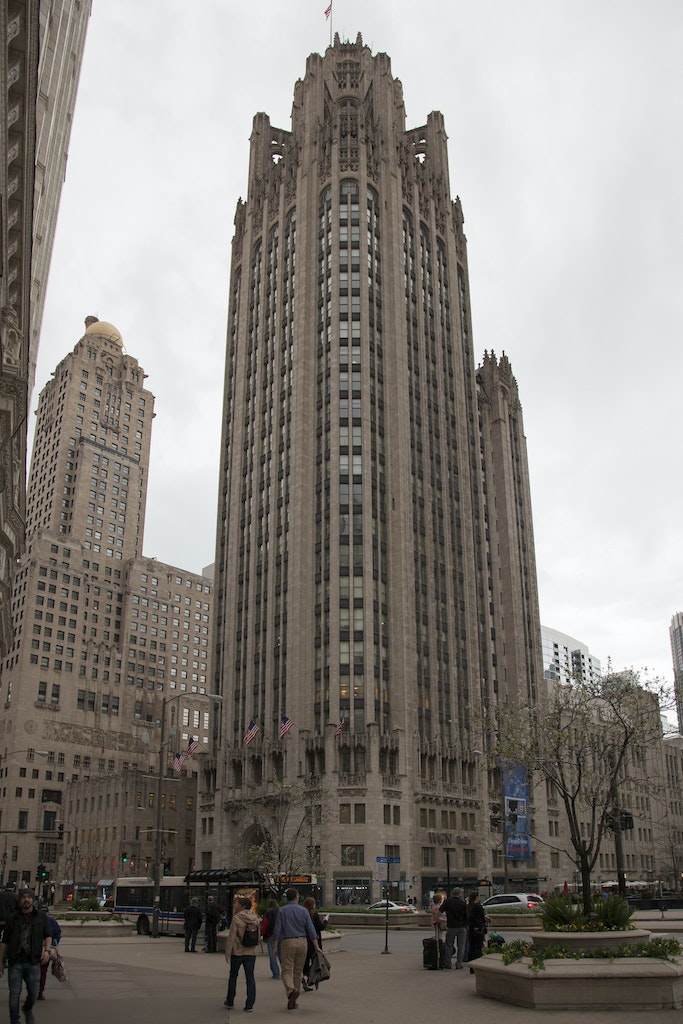 Probably the best example of the art deco style buildings built in the 1920's and 1930's is the Chicago Board of Trade building in the centre of the downtown area. Chicago Info describes it superbly:

Chicago Board of Trade is a textbook art deco skyscraper, complete with three-part division, setbacks, light wells, and all the decorative touches that go with a skyscraper of its period, topped off by a pyramid and an aluminum art moderne interpretation of the goddess Ceres. 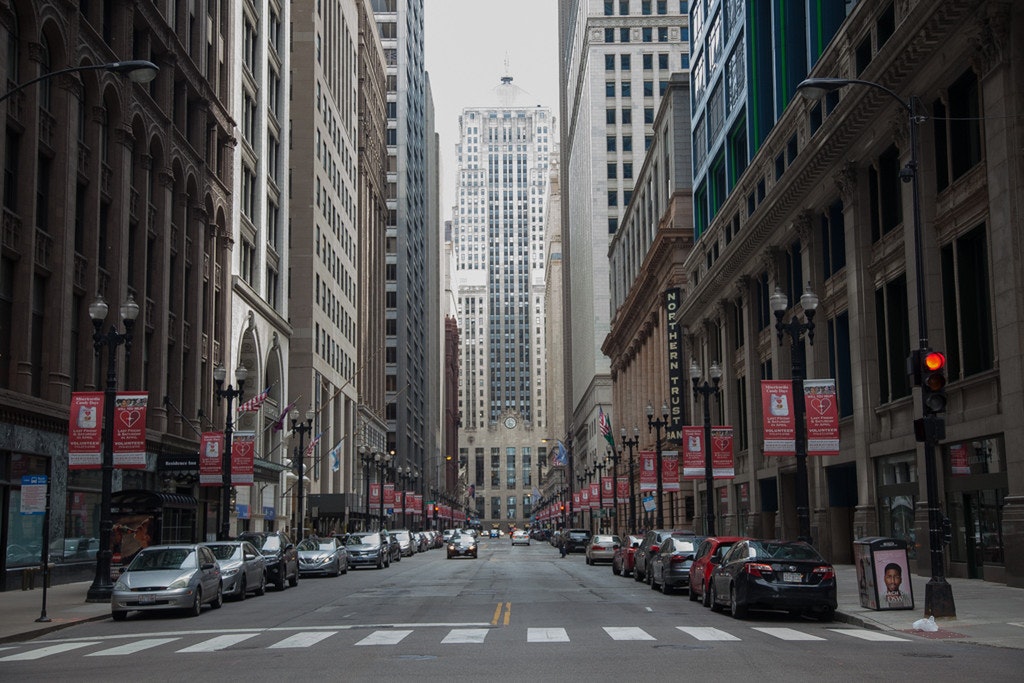 Once the largest building in the world with it's own Zip code and a floor space of 4,200,000 square feet when it was completed 1931, the Merchandise Mart was ultimately usurped by the Pentagon for that title. It is one of my favourite buildings in Chicago and sits magnificently on the Chicago River. It was designed for Marshall Field’s wholesale warehouse, where retailers could buy stock and once owned by the Kennedy Family.

It is now a multi purpose building of which 25% is office space. 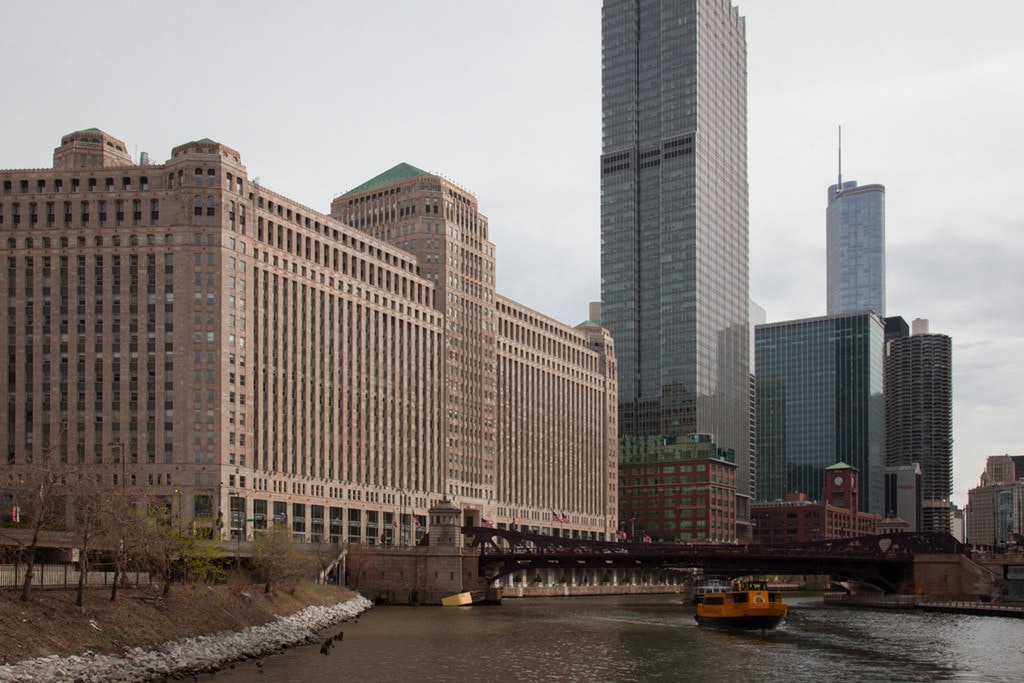 The architecture of Chicago is certainly a huge tourist drawcard and we encountered visitors from many nationalities who had come especially to see the unique collection of buildings and equally grand public spaces such as Millennium Park with it's iconic 'bean' ( Cloud Gate ) and the Jay Pritzker Pavillion, the Field Museum, Shedd Aquarium, the Lake Trail and the Buckingham Fountain. We had only a couple of days in Chicago so we saw but just a fraction of this amazing place.

Certainly the best way to get an overall view of the city's architectural heritage is to board one of the river cruises, which we did. They usually include a running commentary which, on the one we chose, was informative and entertaining. As an architectural photographer I came away with a wealth of knowledge and great memories of one of the great cities of the world.

Please visit my gallery on architecture where you will see architecture images from around the world, or the separate gallery on Chicago. You can purchase fine art prints ready to frame or canvas wraps directly from the galleries. 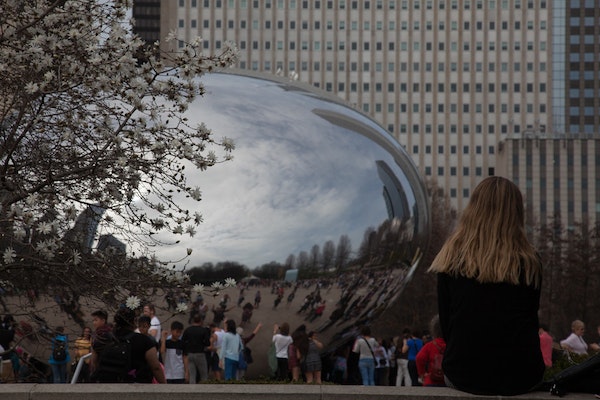 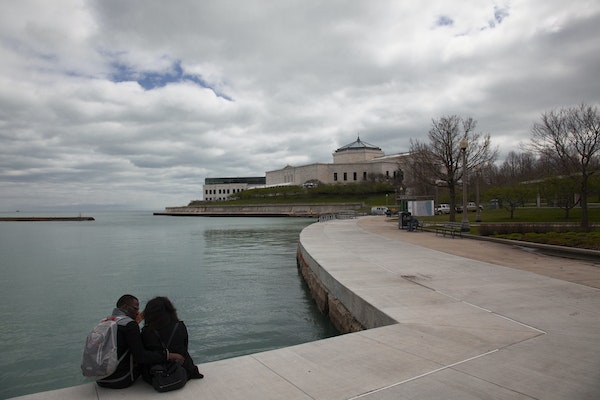 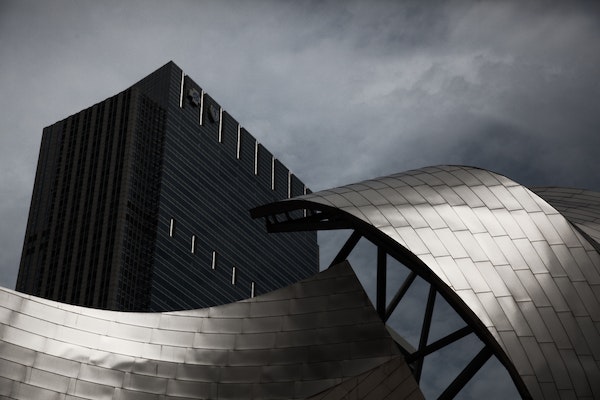 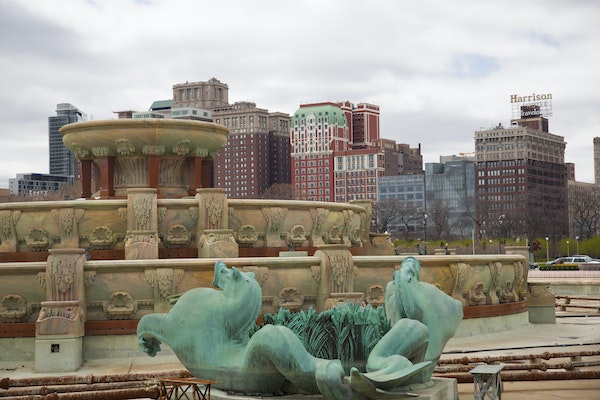 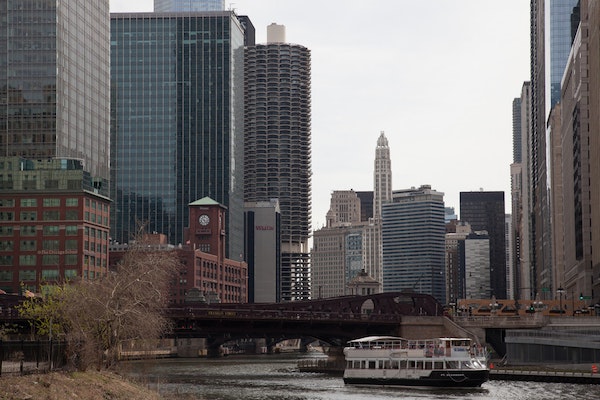 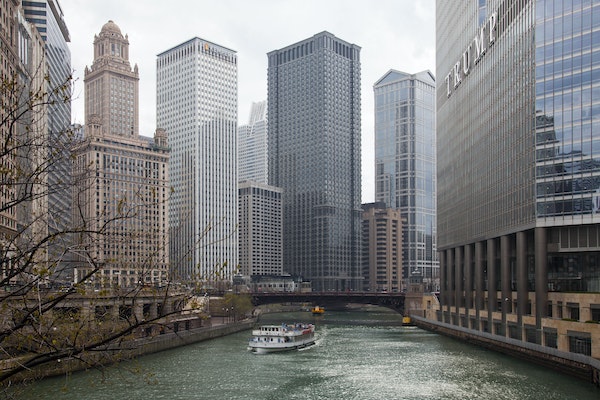 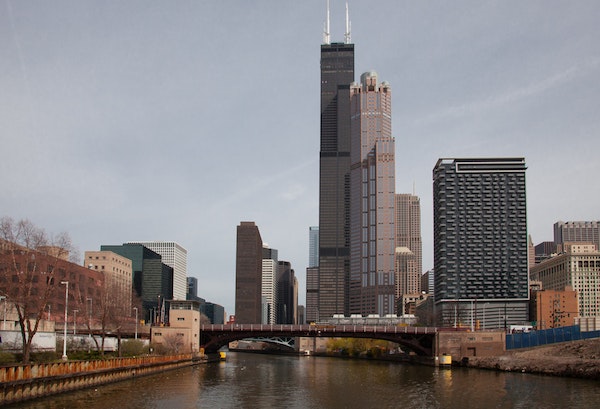 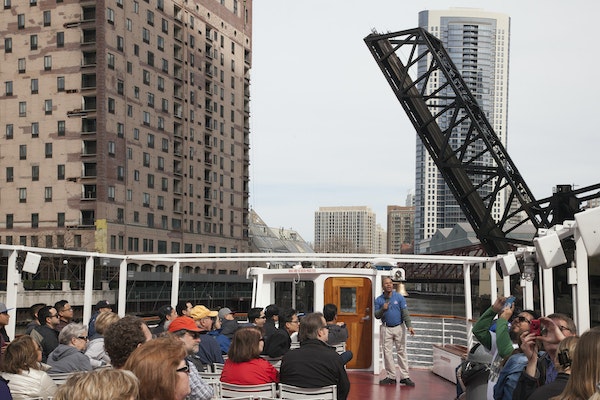